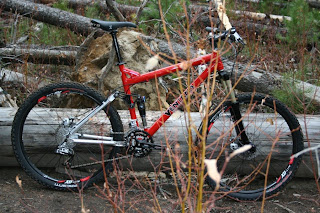 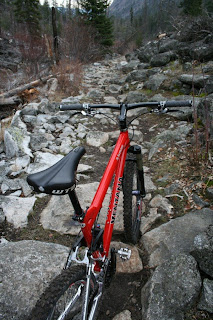 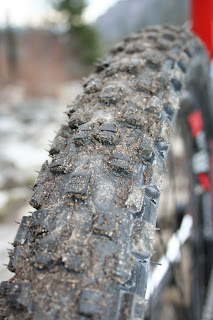 Here’s a nice picture of thomas’ new El Rey and of course one picture of him taking it out on a proper initiation ride up Crazy Creek trail in the southern portion of the bitterroot mountains. 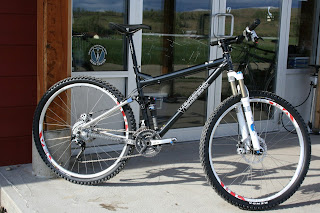 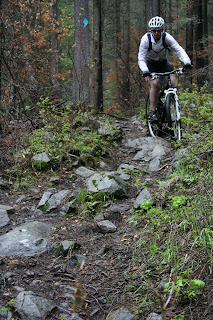 the captain says he likes his new Ventana bottle opener. 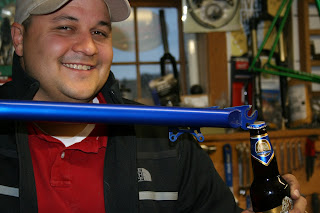 Gary wanted a lighter weight 5″ travel trail bike so we opted for the new Shimano XTR kit with hydraulic brakes and 180/160 rotors. Thomson stem/post, some of our hand built wheels using Dt-Swiss 4.2d rims laced to XTR hubs and Dt Swiss Supercomp spokes and aluminum nipps. The front fork is the new Fox Talas RLC and the rear is a Fox RP23…a very nice match indeed.
Gary…..we had a bit too much snow to properly take her on its inaugural ride so i’ll turn the bike over to you and you can tell us how she rides. Enjoy buddy !
By ChadDevall|2007-12-01T16:45:00-07:00December 1st, 2007|ventana|Comments Off on Gary’s new ElCiclon
Read More 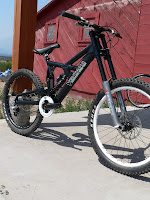 We just finished up two of the El Cuervos this past week for a pair of fellas over in Anaconda….pretty nice and very fast.

as i was taking a few pictures of the Ventana El Cuervo today i managed to draw a small crowd of interested onlookers. I knew the cattle were drawing in closer and closer but i had no idea she was going to have a taste until i actually started to review the pictures later on….pretty funny if you ask me. Just don’t tell Cameron that his new shiny Ventana has been lick smacked. 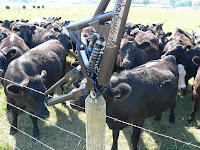 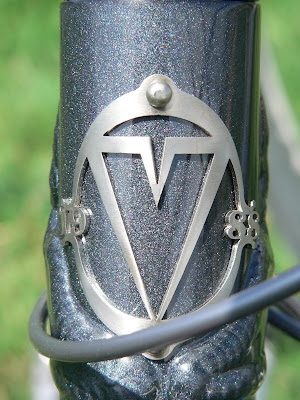 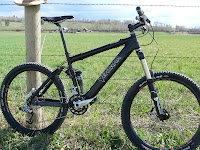 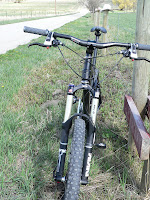