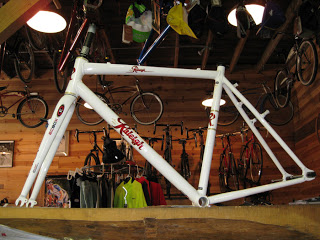 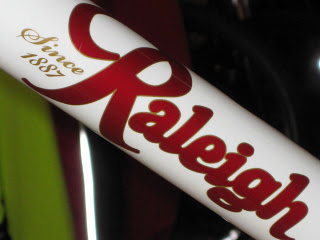 begging for the Fall cross season 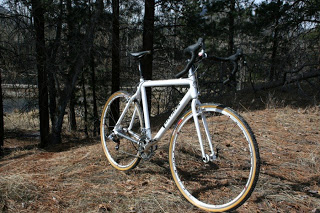 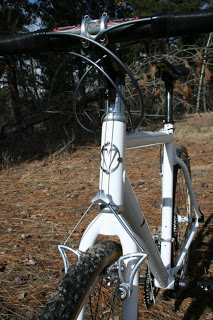 Nov 23rd was the MT State Championship CX race and also the last race of the year……you know, i kinda fell in love with cyclocross this year. It’s just a blast to be shot of the line with a group full of fellas that all have the same interest of diving into that first piece of singletrack at 25+mph. That holeshot……worth an hours worth of agony to me. But it doesn’t stop there, after 2 or 3 short laps you’d eventually recover from that all out starting effort and settle into a good pace that made riding the track a bit more enjoyable. Hitting a nice piece of off-cambered singletrack on 700 X 32c tires is a fantastic experience. The slippin’ and sliddin’ when the ground has moisture and being able to keep that damn bike upright or in my case, sometimes not just brings a grin to my face that goes ear to ear.

The folks that put on the races this year all did a fantastic job. Every race was promoted well and ran smoothly and we’d like to give a shout out to John Coulthard and Geoff Proctor for putting together a nice series. Hopefully the Red Barn crew can host a race down here in Hamilton for 09′. Hamilton needs a local CX race…..it’s been years since Jeremy Oury hosted a few races out on his family’s ranch and i think we need to bring CX racing back. Whatchu folks think ?? I’ll be calling upon you locals for support.

But anyway……i suppose a 3rd place trinket isn’t too darn bad of a placing for a pop of three and a full timin’ bike shop fella that likes to ride but doesn’t like to train. 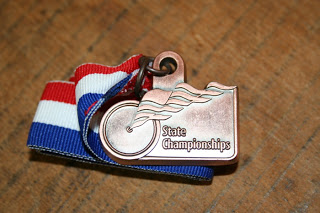 One of the nicer areas to ride the skinny tired cross bike in the bitterroot valley would have to be the slice of State Land located at the end of Hamilton Heights road called Calf Creek. The trails are numerous and have no official numbering sytem but you can easily put together a few nice loops. It’s elevation also allows cycling late into the fall and it’s south-west facing hillside typically dries out first, come springtime. One of the reasons it makes for such a nice cross ride is the fact that most trails are lacking much technical difficulty and the buff trails are perfect for the narrow tires which also makes it a perfect place for the beginner/intermediate mountain biker. Be cautious though as it is an area that is also well visited by our equestrian brethren…….if you see a parking lot full of horse trailers be wise on the decents….grab a little brake.

a link if you need better directions or information on the area: http://fwp.mt.gov/lands/site_280490.aspx
here’s a few pics taken from a my wed afternoon spin on the Felt F1X: 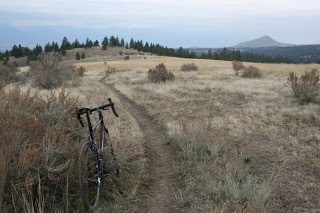 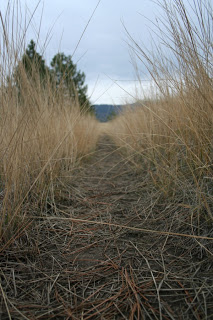 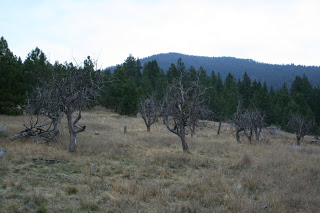 So the Kalispell events went well……we headed up north this past weekend to race CX on both saturday and sunday. The early morning wakeup on saturday was rough though and then the proceeding 3 and a half hour drive up to race at 10:30 am was even rougher. But it even gets worse when you have a young lad Karl Vanderwood from Helena and now racing for MT Velo kicking your arse in the mens B field. Allthough after a tough course that consisted of plenty of climbing and a bad start i managed to work my way up into a small group which was tailing Karl by 30 seconds. Eventually myself and another fella from Whitefish ended up riding together for the remaining race…..we stuck together tightly and on the last lap i managed to form a small gap and for a brief second i thought i was going to sneak into 2nd place. But i wasn’t the one sneaking as the cyclist from Whitefish managed to catch me within 30 yards of the finish and he eventually came around me nipping me at the line. Oh well……i’m just out there for the pain….right ?

On sunday and on a different course, cold weather, and with a smaller field …..Karl-less with his recent departure to race with the fast guys. I managed to get a good jump on the field and took off at a decent pace. It didn’t feel as painful as usual and my small gap got a little bit larger. I keep riding hard, enjoying the singletrack sections of the lap and then i noticed that my course flags dissapeared…..i looked around me just in time to see the rest of the field go buzzing by ! Yep…..i took a wrong turn. Maybe i should have prerode the course more than once : ) , so i turn around and ride like hell to catch the new leaders. It took about a 1/2 lap to catch back up and another 1/2 lap to catch my breathe from the effort but i eventually worked my way around and back into the lead taking one other cyclist with me. We worked together for the remainder of the race and then on the last lap on a small run up that i was able to ride, created a small gap on him that i held to the finish line. A win in the b’s is a win. But i’d eventually like to suffer in the back of the pack with the mens A group. Maybe soon, maybe in time for the MT state championships.

Matt Baldwins pics from Off the Grind

Here is aaron’s new Fall inspired creation. His new Gunnar Crosshair cyclocross/dirt road bike dressed up with Shimano’s Ultegra grouppo and built up just in time for the upcoming cross season. So Aaron…….do you suppose you’re going to be in shape in time for that first race over in Butte ?? 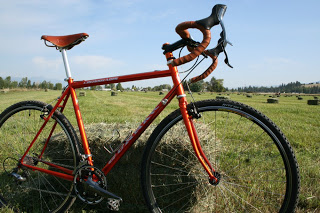 get your cross on

Cyclocross season is nearly upon us, and Oct. 7th will be the first CX race on the calender and held in Butte. CX bike by Gunnar Crosshairs !